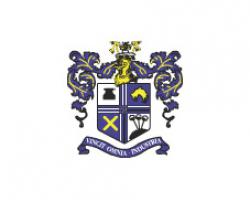 Substitute Danny Rose made it four with two minutes remaining to put Bury seven points behind seventh-placed York, while Plymouth are a point above them in ninth.The hosts impressed from the outset with Hallam Hope seeing an early effort blocked, before Argyle's Lewis Alessandra dragged a close-range shot wide.But Bury opened the scoring as Tutte played a one-two with Hope before firing past Jake Cole.Although Nardiello fired wide for the Shakers, the visitors had two chances to equalise

Andres Gurrieri turned the rebound over after Reuben Reid's shot was saved while Reid headed inches wide.But the hosts sealed victory with two goals early in the second half

Nardiello fired his spot-kick down the middle after being fouled by Durrell Berry and then the on-loan striker headed home after good work on the left by Chris Hussey.Danny Mayor's shot clipped the crossbar as the Shakers kept going forward, before Rose side-footed the ball home late on to complete the scoring